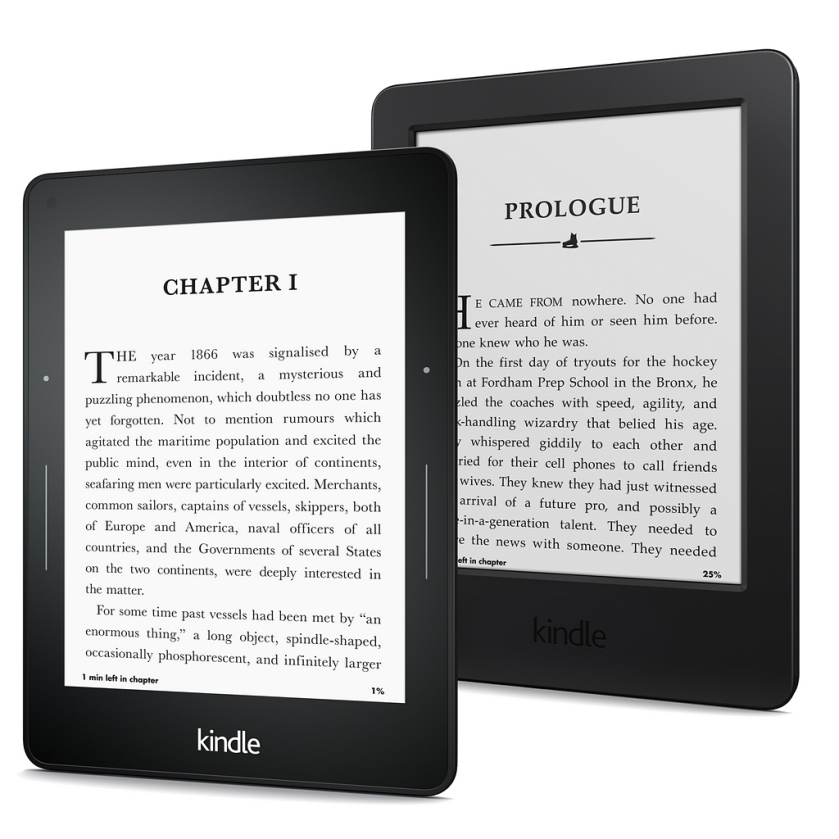 Both devices are pretty new and of course, both devices did not stone last few weeks even the new gadgets from Kindle and Apple launched recently. The key question is … “Is it worth an upgrade to the latest gadgets, even though mine are still working perfectly ?”

But what about you ? Let’s see the specifications of Kindle Paperwhite II and Kindle Voyage, key improvements are highlighted.

And what about iPad Air, iPad Air 2 and iPad Mini 3 ? Again, I highlight the major differences.

To me, if you think your iPad Air is fast enough, you don’t really need to upgrade to iPad Air 2, unless you really, really need the Touch ID.

Yes, it’s going to be the final episode of the “iPad Keyboard Case” as I believe I have bought way too many iPad keyboards. In addition, I believe the new iPad 5 will be thinner than iPad 4 and so it is pointless to buy any new keyboards that may or may not fit the future iPads.

So, the latest keyboard I got after months of waiting is the Belkin Ultimate Keyboard Case for iPad. Is it good ? A resounding yes. Is it much better than many others’ favorite – Logitech Ultrathin iPad Keyboard Cover ? Well well …

First of all, the new Belkin keyboard is about US$ 25 more expensive than the Logitech one (as of end August 2013). And it is heavier, thicker, with softer keys and not as sturdy as the competitor (because of the multi-angle design, see below). However, it is really good in a few other areas:

All in all, I am happy with the new member of my iPad keyboard family, and will use it for a while … before the next keyboard comes out. And here is a video to see how the keyboard case works with multiple angle set up.

The more I use my iPad (1, 2 and now 4), the more I think I need a keyboard. With a decent keyboard I can essentially leave the laptop computer at home, even though the laptop is already a very lightweight one. With a decent keyboard, I can browse the web, jot notes, tweet, update Facebook / Linkedin / Google+ status and compose / reply emails easily … and that’s pretty much all the things I do day in, day out.

So it’s like a mission to find the best keyboard for iPad. First, the original Zagg Solo – it’s a good one but not that protective. Then the updated Zagg ZAGGFolio – stylish, solid but heavy. Then I found a really good one – the Logitech Ultrathin Keyboard. It’s beautiful, lightweight, and with a comfortable keyboard. The only down side is that it cannot protect the iPad very well.

That is the reason why I backed the Brydge + project in Kickstarter. From the project page, the keyboard certainly looks like the perfect keyboard – rock solid, good keyboard, and come with a speaker. 9 months (!) after the project get funded, I finally received the keyboard – it’s heavy, thick, and with sticky keys. You can check out the project comment page on how upset all the other backers are, in fact many still have not received their keyboards.

I am still using this keyboard every single day, while waiting for the next one – Belkin Ultimate Keyboard for iPad or Logitech Folio Keyboard.

I seldom upgrade my gears even the gears’ new version / generation are released, instead I always skip one generation between each upgrade. That applies to my M4/3 cameras, iPhone, iPad and of course the Kindle as well. My previous Kindle is a white color Kindle 2, and I skipped the very good Kindle 3 (now the Kindle Keyboard) but waited for the Kindle Touch. So, the day Amazon made the Kindle Touch available to customers outside US like us, I ordered the fourth generation Kindle and the Lighted Leather Cover …

Without a keyboard like Kindle 2 / 3, the Kindle Touch is very small and lightweight. And with the same reason, you need to touch the screen to turn pages and change any settings … quite frankly touching the screen to action is not as easy as pressing a button in previous Kindle verions. However the E Ink display is still very good for reading.

One thing I note from this latest Kindle is the menu options will change depends on what you’re doing – for example, the menu in the main homepage is different with the one while you’re reading and in the Settings screen. Anyway, first few things you need to do after you receive your Kindle Touch:

I also tried the Kindle Shop (the shopping cart icon on top) and bought my first ebook for the new Kindle Touch – Likeable Social Media: How to Delight Your Customers, Create an Irresistible Brand, and Be Generally Amazing on Facebook (& Other Social Networks)

Lastly, in case you want to take some screenshots of Kindle like what I did for this blog post, all you need to do is to hold the home button for a while and then tap the screen. The screenshot in GIF format will be stored in the root directory of the Kindle where you can copy to your PC once connected via the USB cable. Hope it helps.

How many apps you have downloaded to your iOS devices ? And is it easy to find them from within the devices – then run your favorite game or utility apps, move them or delete them ? Yes I know many of you have your favorite apps in the home screen and you can organize the apps into folders as well … but more questions pop up – how to name the folders ? How to arrange the folders ? And is it easy to find the folders you created last week or month in your iPhone / iPad ?

iPhone and iPad are smart devices but you need to be very smart as well one way or the other, to make that device works for you. Other than downloading good apps, I firmly believe you also need a smart(er) way to organize your apps and folders – and in turn, better user experience.

And here are 8 tips and tricks on that:

I hope all these tips and tricks make sense to you, following you can find few screen shots of my iPhone and iPad set up.

No, Apple II was not my first personal computer, it was the Commodore 64.

No, iPod was not my first portable music player, it was a Aiwa portable tape player.

No, Macbook Pro was not my first laptop computer, it was a Toshiba Portégé.

No, iPhone was not my first smartphone, it was Dopod C730.

No, iPad was not my first tablet, it was Amazon Kindle.

And no, Steve Jobs was not my first idol, my dad is.

Remembering the man who behind all these, and who made “IT” stands for “Innovation, Transformation”.

“Being the richest man in the cemetery doesn’t matter to me … Going to bed at night saying we’ve done something wonderful… that’s what matters to me.” – Steve Jobs

If you search “Kindle vs iPad” in Google and you will probably find over 6 millions results, in other words this topic has been discussed to death. And of course, Amazon thinks there are many good reasons why Kindle is a better ebook reader and I also blogged before that with certain settings, one can use iPad to read ebooks.

But still, to really find out which device is the better ebook reader, I decided to do an experiment – read the first half of an ebook (“I Live in the Future & Here’s How It Works: Why Your World, Work, and Brain Are Being Creatively Disrupted“) with Kindle 2, and then the second half of the same ebook with iPad 2. And here are my findings:

Without a doubt, Kindle is a much better ebook reader if you like focused long form reading. However, if you can only take one device with you and reading is not your primary purpose, get an iPad. You won’t regret it.