In the last few decades we have seen many ground breaking new products that were really “game changers”. That is, they changed the way we do and accomplish something; they changed our habits and many times the design of all the similar products after that game changer. Indeed, they were probably not the best products in the market when they were first introduced, but their visions (and their disruptive technologies) made all their supporters believed that the world was not the same anymore.

The Kindle 2 plus the Amazon books and the Whispernet distribute network is one good example, it essentially change the way I read books. Another example is the iPhone from Apple that basically change the way how a mobile phone (and mobile applications) shall work, look and feel. Yet other one is the Mirrorless Single Lens camera of Olympus and Panasonic (they call it the Micro Four Third system). With already five camera bodies in the past year and a handful of lens, it provides one extremely good DSLR alternative to all photography lovers.

I am a SLR user since 1980 but my current favorite camera is the Olympus E-P1. It’s small, light-weight (but yet with a very solid feeling), stylish, and feature rich. More importantly, it takes photographs as good as many heavy, bulky digital single-lens reflex (DSLR) cameras. I still possess two DSLR bodies with numerous lens and accessories but frankly I seldom use them right now, as I can take my E-P1 with me anytime but not the two DSLRs.

Other than the physical appeal, another good reason to use E-P1 is it basically bring back all the fun of photography. I still have full control of my pictures by changing the ISO, aperture, shutter speed easily, but I can also apply many visual effects to the photos via the Art Filters. For examples, the following two photos were taken via the Black & White “Grainy Film” art filters to create a very special mood of Sydney.

Indeed, the world is not the same anymore. 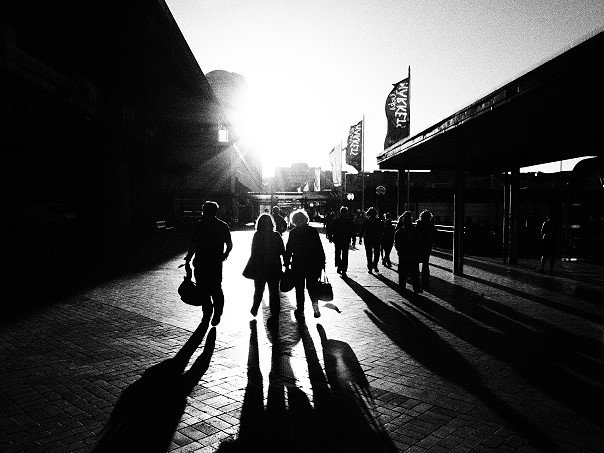